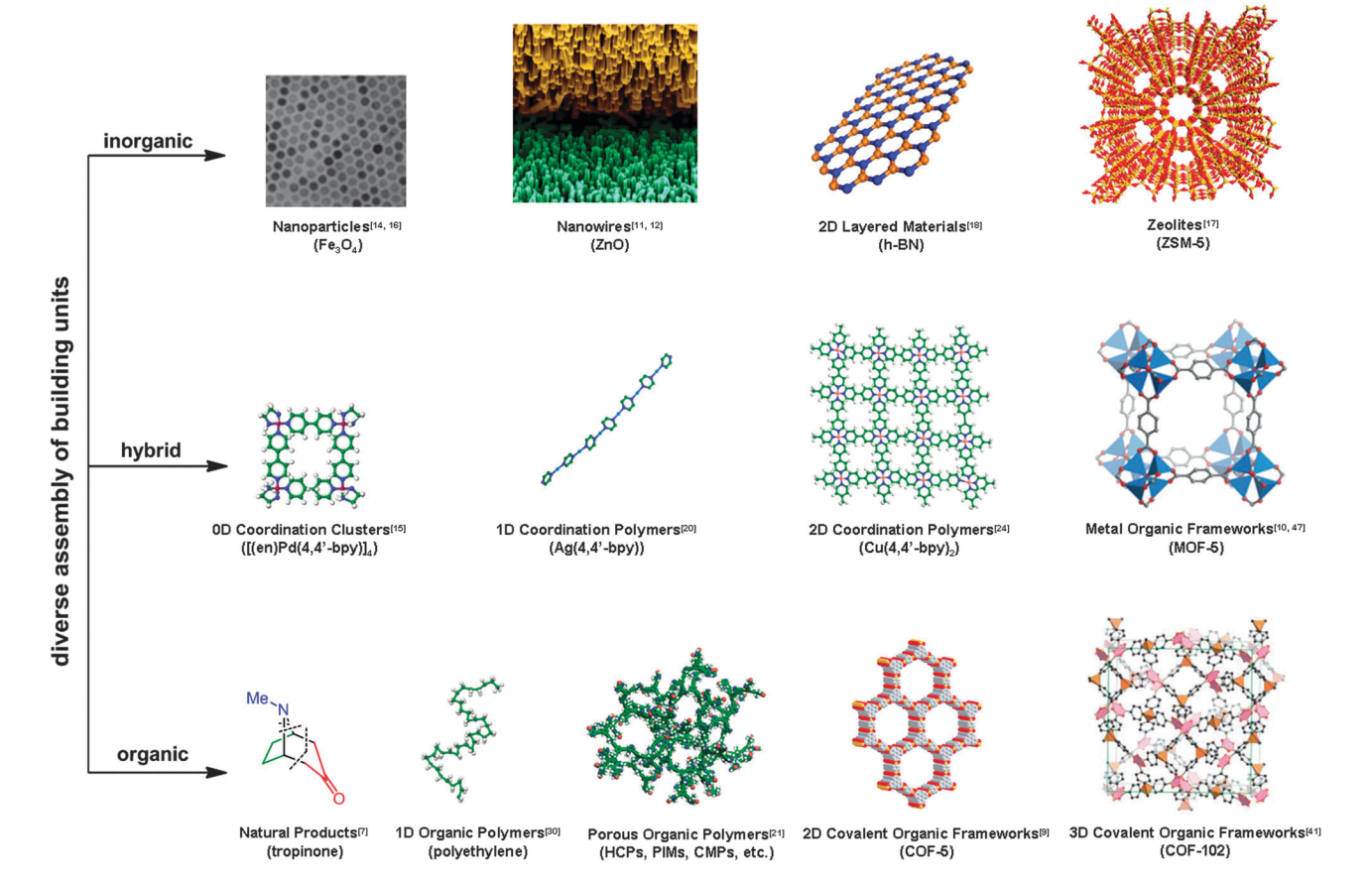 Porous material has been interestingly studied by scientist over the past decade which has several applications such as catalysis, chemical separations, water purification, electronic devices, fuel cells and tissue engineering. In this summary, I will explain about the comparison between COFs, MOFs and porous carbon material based on the possible structures, limitation structure and synthesize method.

COFs are crystalline porous materials with pure organic groups connected via robust covalent bonds which could be considered as organic zeolites. To design COFs principally, we have to think about porosity, structural regularity and functionality. As a porous organic material, the issues of porosity will be important. Most of the synthesis of porous COFs material apply the strategy by designing the rigid building units to create the extended porous structures. The molecular length of building units according to the pore size of COFs while the shape of building units will determine the topology of the porous structures. In most cases the linking groups formed are boroxine, triazines, imines or hydrazones which all rigid with a planar geometry. The formation of strong covalent bonds tends to produce the disordered materials, the control of structural regularity becomes the key issue for the designed synthesis of COFs. In this context, the design principles based on relatively weak interactions (hydrogen or metal coordination bonding) may also be applicable for those of crystalline MOF materials. The last is about functionality issues. It has two general strategies for the designed synthesis of functional COF materials; post-synthesis and bottom-up. COFs also have limitation structure. Although the assembly of building units in MOF systems could well be self-adjusted via the coordination bonds, the structural regularity of COF materials is much difficult to control via the strong covalent bonds. It is by far believed that only the reversible reactions are applicable for the possible construction of crystalline COF structures. To synthesize COFs, it has several methods which already introduced by material-chemist such as solvothermal synthesis, ionothermal synthesis, microwave synthesis and room temperature synthesis

Different from COFs, MOFs structure described by two important things: Node and net connectivity. In MOFs structures, a node represents a particular environment (tetrahedra, octahdera, etc.) connected to a fix number of related points that depends on the geometry (tetrahedral=4, octahedral=6, cubic=8). The structures can then be represented mathematically as either a discrete (zero dimensional) or an infinite (one, two or three dimensional) periodicarrangement that could be an extended representation of the node(s). Thus, the topology of a net would depend on the number of nodes in a particular structure. Based on node and net connectivity, MOFs structure can be differentiated to be three-dimensional structure, twodimensional structure and three-dimensional based on two dimensional layers. It has also two types structure based on nodes: Uninodal and Binodal. For the framework, it can be classified as tetrahedral node, square planar node, cubic node, octahedral node and trigonal bipyramidal node. Similar with COFS, MOFs also have several limitations/challenges structure such as stability, reversibility, and pore modulation (activation of metal sites). The key role to synthesize MOFs is the topology, it has several topologies that already introduced by researcher, designing the MOFs from the topology, we can differentiate the other MOFs.

Finally, we can conclude that it has several similarities between COFs, MOFs and porous carbon material because all of them are materials with special pores. The difference comes from structure, chemical compound, and the functionality. Each of them has a special structure, chemical compound and the function which can be applied in several applications